See below for English

Until 2016 FEMININ magazine was the first and only magazine in the world with a focus on women professional cycling. 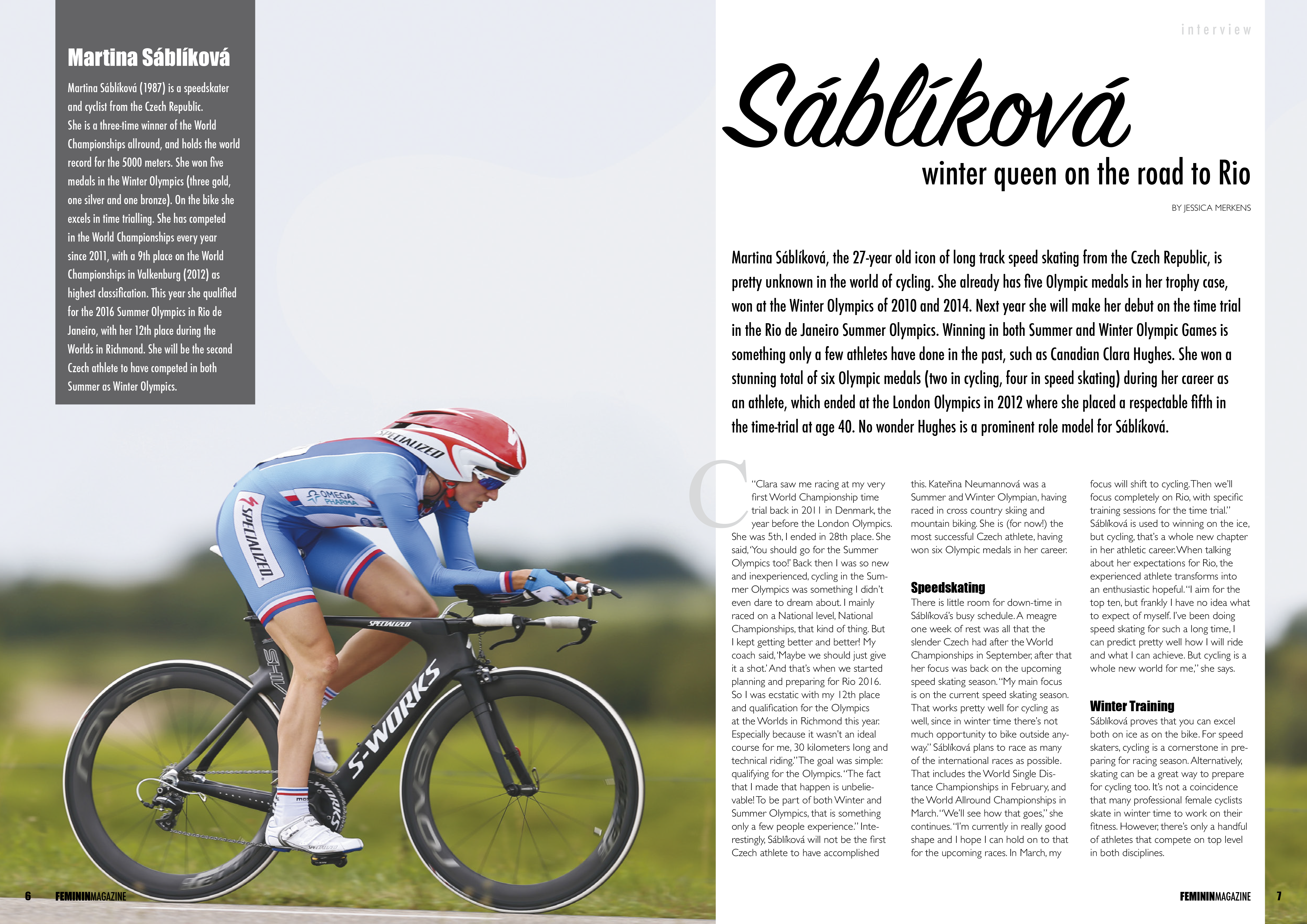 Martina Sáblíková: winter queen on the road to Rio (2015)

Martina Sáblíková (1987), a speedskating icon from the Czech Republic, is pretty unknown in the world of cycling. She already has five Olympic medals in her trophy case, won at the Winter Olympics of 2010 and 2014. Next year she will make her debut on the time trial in the Rio de Janeiro Summer Olympics. Winning on both Summer and Winter Olympics is something only a few athletes have done in the past. Canadian Clara Hughes won a stunning total of six Olympic medals (two in cycling, four in speedskating) during her career. No wonder Hughes is a role model for Sáblíková.

“Clara saw me racing at my very first World Championships time trial in 2011, the year before the London Olympics. She was 5th, I ended on 28th place. ‘You should go for the Summer Olympics too!’, she said to me.”